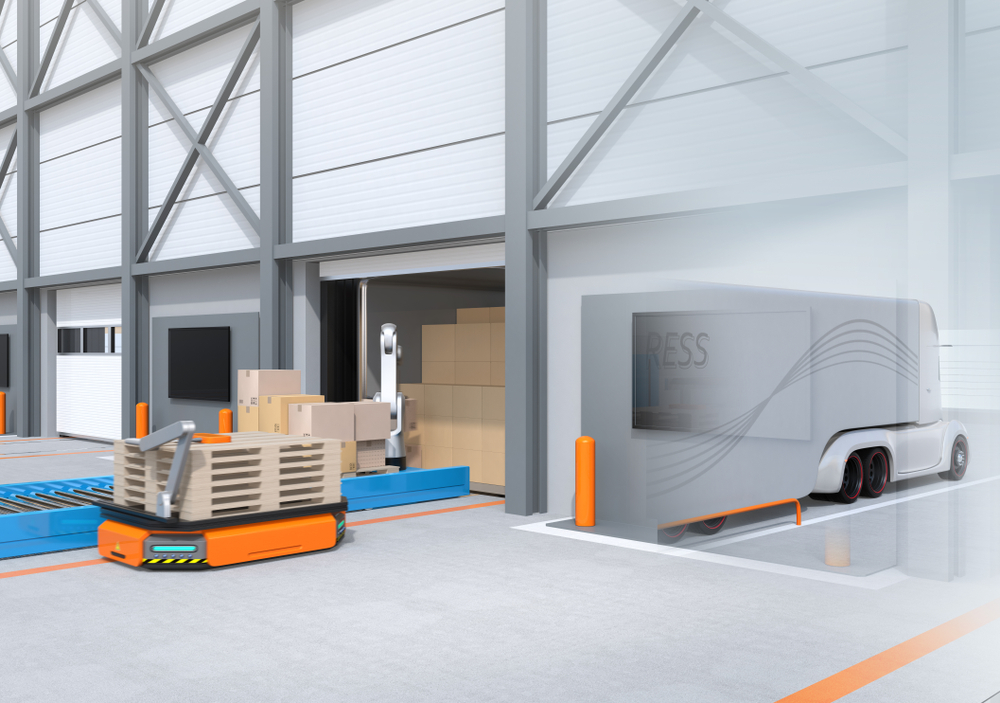 According to ‘Industry Europe’; the development of autonomous vehicles for logistics is a global trend; in the years to come we may well see long-distance heavy autonomous trucks transporting goods all over the continent. Forbes has projected that more than 250 million smart vehicles as well as 10 million self-driving cars will be on the road by 2020.

But a complete transformation to fully automated trucks is likely to be slow.  Closer than total autonomy is the possibility of trucks driving themselves part of the time, with assistance from humans, like automated guided vehicles. ‘Platooning’ technology, for example, involves trucks owned by a single company synchronising their braking on motorways to enable them to drive far closer together than would normally be safe. The benefits of this are reduced air resistance and lower fuel consumption.

‘Automated guided vehicles equipped with lasers and cameras can also be used in warehouses or logistics hubs to move and sense hazards.’

Off the road, automated guided vehicles equipped with lasers and cameras can also be used in warehouses or logistics hubs to move and sense hazards – meaning a reduced need for investment in tracks or guide lanes. For example, back in 2015 The Hook in Rotterdam became the first shipping terminal to open a fully automated shipyard – the Maasvlakte II, or MVII Shipyard – using smart sensors powered by wind and other renewable energy sources to move cargo efficiently.

While there are still many issues to be addressed, not least of which is safety, there’s no doubt that automated guided vehicles will be playing a significant role in the future of the global logistics industry.

This website uses cookies to improve your experience while you navigate through the website. Out of these, the cookies that are categorized as necessary are stored on your browser as they are essential for the working of basic functionalities of the website. We also use third-party cookies that help us analyze and understand how you use this website. These cookies will be stored in your browser only with your consent. You also have the option to opt-out of these cookies. But opting out of some of these cookies may affect your browsing experience.
Necessary Altijd ingeschakeld
Necessary cookies are absolutely essential for the website to function properly. These cookies ensure basic functionalities and security features of the website, anonymously.
Functional
Functional cookies help to perform certain functionalities like sharing the content of the website on social media platforms, collect feedbacks, and other third-party features.
Performance
Performance cookies are used to understand and analyze the key performance indexes of the website which helps in delivering a better user experience for the visitors.
Analytics
Analytical cookies are used to understand how visitors interact with the website. These cookies help provide information on metrics the number of visitors, bounce rate, traffic source, etc.
Advertisement
Advertisement cookies are used to provide visitors with relevant ads and marketing campaigns. These cookies track visitors across websites and collect information to provide customized ads.
Others
Other uncategorized cookies are those that are being analyzed and have not been classified into a category as yet.
OPSLAAN & ACCEPTEREN